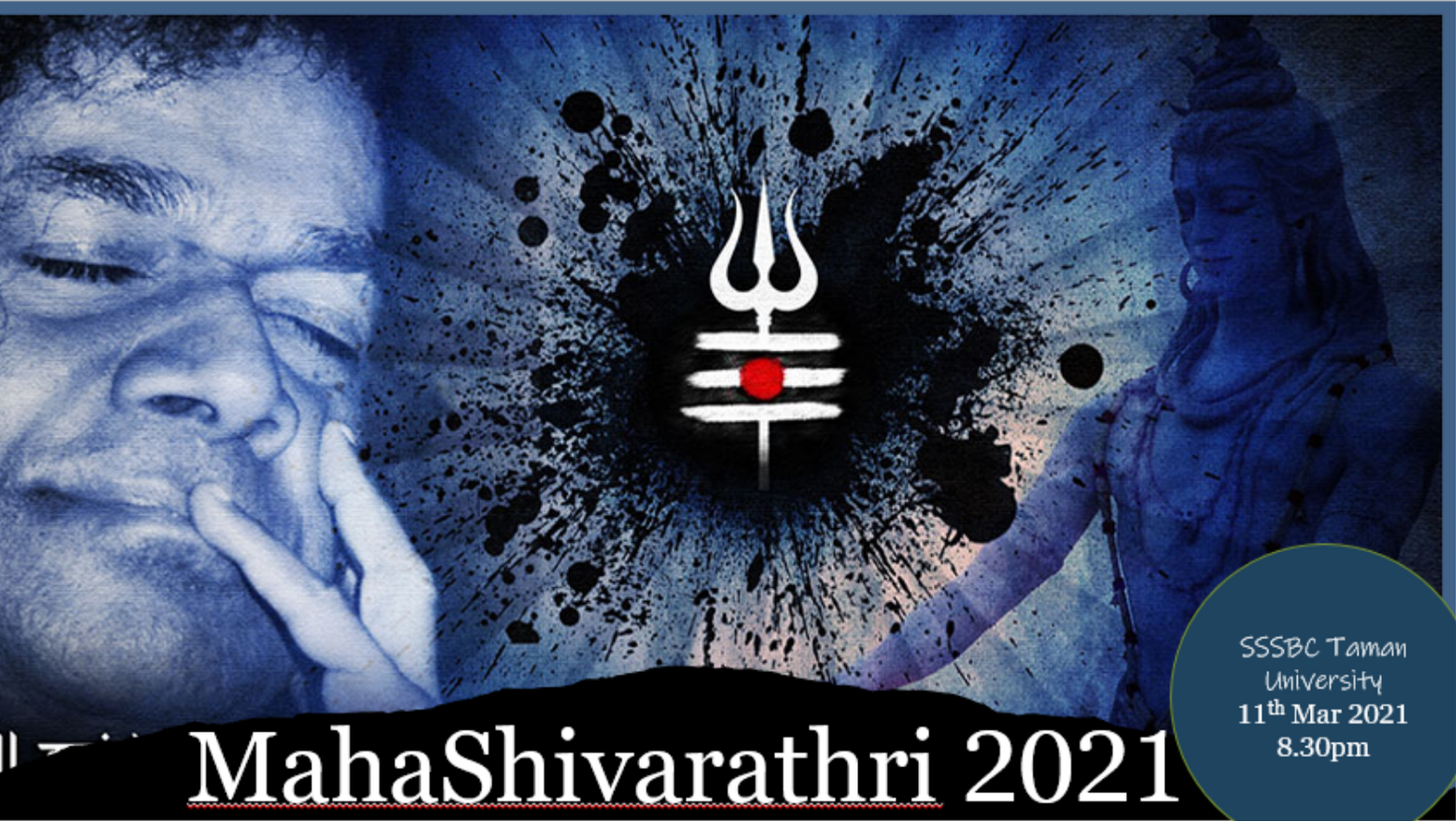 “When you chant, Namaha Shivaya’ you are reminding yourself,

‘Not me, Shiva alone’, I do not exist as a separate entity,

in reality I am myself Shiva – Shivoham Shivoham!!”

Our humble pranams and deepest gratitude to our dearest Bhagavan Sri Sathya Sai Baba, for allowing us to offer yet another online program in celebrating Maha Shivaratri.

For this time around, the program was hosted by the very talented children of the SSSBC Taman University. The program began with the Opening Prayer led by Sis Mathangi (Sai Young Adult).

The emcees for the day were Sis Mridhushaa and Bro Kuhan Saie. The program was initiated with an interesting dialogue session that revolved around Lord Shiva. A summary of the dialogue shared between them would be, on the many types of Lord Shiva, the unique attributes of Lord Shiva, on why he is called the ‘Destroyer’, the significance of Bilva leaf, mantras related to Lord Shiva and the significance of Maha Shivarathri. The audience were completely awestruck with the way these children hosted the session as they kept their audience completely connected while they presented. It was an extremely engaging session. Thanking Swami for planting the idea of involving the children in running the entire show, not only it allowed them to learn on the greatness of Lord Shiva as they presented, but it also served as a great platform to strengthen their self-confidence.

The program also had a storytelling segment which was conducted by Sis Yuva and she shared a story entitled ‘This belongs to my devotee’. It is interesting how this story was shared in a pictorial presentation which was captivating and kept everyone focused while it allowed them to ponder on the moral of the story.

The program also included chanting of the 'Bhilvastakam' while witnessing the offering of Bilva leaf on the Lingam which was telecasted live from one of our devotee's home accompanied by the chanting of 'Lingastakam'. It was then followed by Bhajans and continuous chanting of 'Om Namah Shivaya' while the 'Linga Abhisegam' was conducted. The virtual Maha Shivarathiri session ended with 'Mangala Arathi' and 'Samasta Lokah'.

We thank Swami for being with us throughout the entire journey in preparing for this program. Our appreciation also goes to everyone who was involved in making this a success, especially the SSE children who had put in so much effort and dedication.

We offer this humble dedication at the Divine Lotus Feet of our dearest Swami.