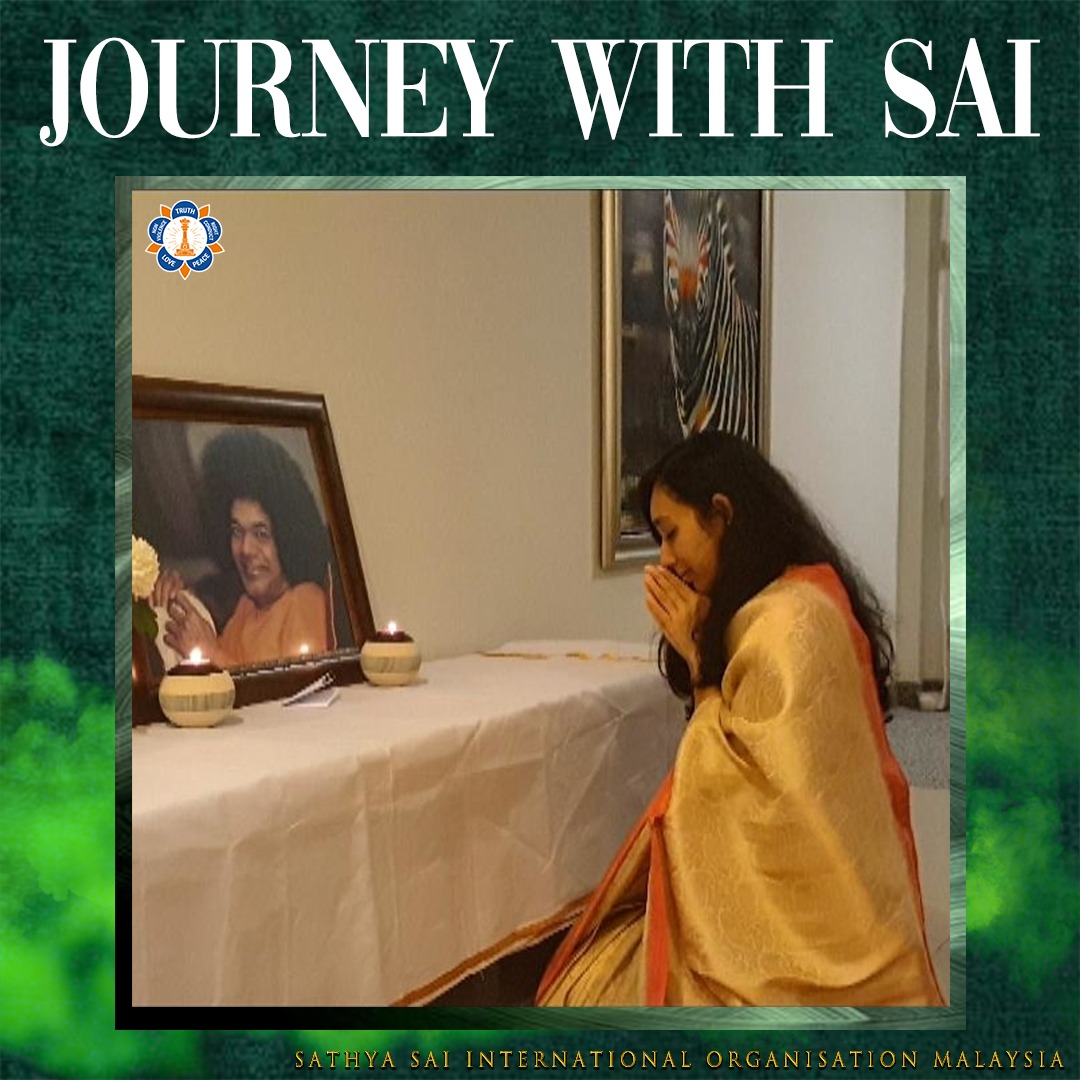 Falling in love with the bhajans was the easy part. Maybe that was His plan all along: hook, line and sinker. Then He came.

As I was not brought up in His ways as a child, I was a foreigner to everything that had to do with Sai. I remember feeling lots of pain and confusion.

That’s when the dreams started coming. I had already visited SSBC Rawang a couple of times during stays at my relative’s in my late teens and as I mentioned, the bhajans were like wisps of fog that very subtly and quietly pulled me towards not Him first but the organization.

Pain came and THANK GOD it did (thank you Sai Ma) because eventhough I didn’t go searching for Him, the wall of ego had cracked and His light had seeped in. Before the first dream, I had unconsciously surrendered to God because ALL the fight and hope in me was gone.

In His white robe He came to me and put His arm on my shoulder, pulling me close and walking me towards Kuan Yin Ma. At that juncture, though I had realized how special that experience was, nothing more was felt.

Months flew by, more pain came but so did He. Dreams of endless amount of salt pouring on me as I watched His feet and of Him allowing me to hug Him tightly was just the beginning. He was there through it all and He is here now.

What I know of my story with Sai Ma began in my late teens but only He knows how many births I’ve had to take to be where I am now, within His sight.

My love for Sai happened the way you drink your coffee. Sip by sip at first, and then all at once.